“Vinegar Syndrome” and Other Signs of Analog Film Damage 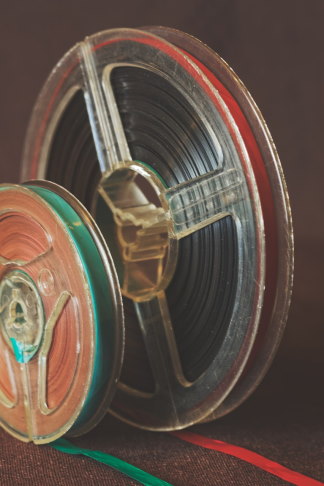 If your family recorded home videos between the 1930s and the 1970s, odds are they captured that vacation or piano recital on 8 mm film. (Super 8, Kodak’s hugely popular take on the original amateur film format, debuted in 1965.) If your company made marketing films or recorded important proceedings in the post-war era, they probably used 16 mm film. Suffice it to say, analog film captured much of the vital motion picture content even outside Hollywood for most of the 20th century.

Many of those films are still with us, documenting family history or fulfilling legal record retention requirements all these years later. But film is a relatively fragile medium, vulnerable to degradation unless kept in ideal conditions. The good news? You can and should convert your analog film collection to a digital format, preserving the content for the ages. In the meantime, you may be tempted to throw a reel onto the projector.

If your film has started to degrade, however, running it through a playback device may cause even more damage — or even destroy some or all of the images stored on these thin plastic sheets. Luckily, there are some clear indications that film is beginning to decay and should be digitally preserved as soon as possible. Here are the major signs of analog film damage to watch out for:

What to Do If You See Signs of Analog Film Degradation

It’s worth saying again: If you notice any of these symptoms in your films, do not attempt to view them. Signs of analog film damage can be alarming, but they don’t necessarily mean your content is lost forever. You can verify the damage with diagnostic tools called A-D Strips; these chemically treated bits of paper react to the acidic vapor associated with vinegar syndrome, changing color to indicate the extent of the damage. While A-D Strips are useful for detecting film decay, they can’t preserve a film’s content; instead, they serve as yet another sign that you need professional digitization services.

Contact Datarecovery.com to discuss analog-to-digital conversion for your film reels. Our team of film recovery engineers can preserve film content, even in the event of damage or decay in many cases. They use a suite of advanced analog-to-digital tools to create the highest quality digital copies of analog films. Call 1-800-237-4200 to discuss your case, or fill out this form to get a free film-digitization quote.