What is the TRIM Command on Solid State Drives?

The TRIM command allows solid-state drives (SSDs) to function efficiently. An operating system tells the SSD that blocks of data aren’t in use; the SSD can then wipe out those blocks.

If you’re having trouble understanding the concept of the TRIM operation, it’s helpful to know that solid-state drives don’t store data like hard drives. SSDs store data as blocks, which are divided into individual pages.

When data is deleted, however, the SSD must delete an entire block, then rewrite any pages of data that are not intended for deletion. When tasked with the same operation, a hard drive would simply overwrite the entire block. 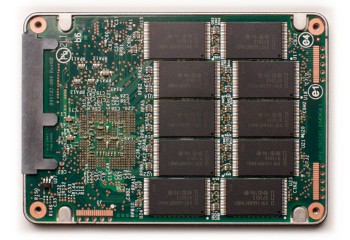 To put this another way, NAND flash technologies can only write to a completely blank block. NAND can’t directly overwrite data in the way that a hard drive can, and for consumer applications, that creates a serious efficiency issue called write amplification — basically, the drive is writing more than it theoretically needs to write.

Fortunately, the TRIM command was developed to counteract this phenomenon. The operating system marks unimportant pages, then executes the TRIM command, essentially sending the NAND media a message saying “the user wants these pages deleted.”

After the command is sent, the SSD won’t maintain any of the trimmed data when it writes a new page.  This makes the drive more efficient. As all flash media is susceptible to wear, the TRIM command also extends the life of the device when combined with modern wear leveling techniques. TRIM was introduced with the first consumer solid-state drives, and it’s now in common use. However, the process has several drawbacks: it’s permanent, and actual performance improvements will vary depending on the implementation of the command.

Is the TRIM Command the Same for Every Drive?

No, not at all. The execution of the command will vary by operating system and by NAND device. Most major operating systems support the TRIM command, including Windows (Microsoft added the feature in a Windows 7 update known as KB2990941) and Mac OS X (although initially, Apple only supported the operation on its own branded solid-state drives). All newer solid-state drives support the operation, although some old drives may not use TRIM without firmware upgrades.

Can I Recover Deleted Data from a Solid-State Drive After a TRIM Operation?

No. The TRIM command irreversibly deletes data, regardless of operating system or other factors.

However, the operating system won’t always execute the command immediately, so if you delete data from a solid-state drive, there’s potentially some hope. As with all data deletion scenarios, time is of the essence.

What’s the Data Recovery Process for Files Deleted with the TRIM Command?

Immediately shut down the drive by unplugging its power source. Do not restart the computer, as this typically runs the command, eliminating the data forever.

If your solid-state drive has operated for days, the chances of a successful data recovery are extremely low. Datarecovery.com’s engineers will an image of the drive, then attempt to rebuild the affected data, but due to the nature of the command, recovery possibilities are limited. Nevertheless, our team has successfully recovered files from solid-state drives in past cases, and because every situation is unique, we recommend obtaining a professional evaluation. We encourage you to call 1-800-237-4200 to speak with a data recovery engineer regarding your solid-state drive. 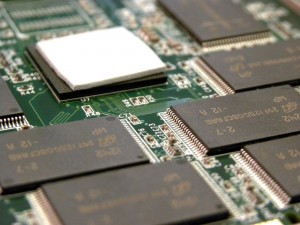