Over the last few days, the 2018 MacBook Pro has come under fire for having an “unrecoverable” solid-state drive (SSD). A teardown from iFixIt revealed the issue, the latest in a line of controversial changes in Apple’s popular MacBook line. 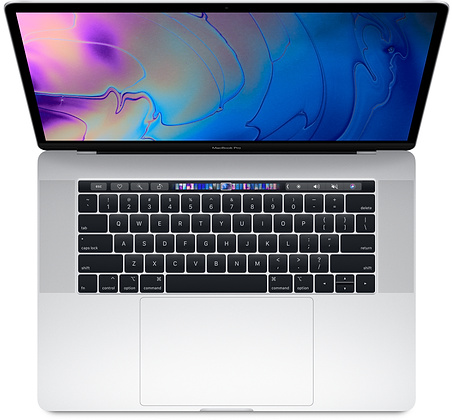 Here’s a basic rundown: Since 2016, the MacBook Pro with Touch Bar has used a solid-state drive that is directly soldered to the computer’s logic board. That’s apparently intended to stop users from replacing their own solid-state drives.

But the 2016 and 2017 models also had a small proprietary port in place to allow data recovery engineers (or, more commonly, Genius Bar employees) to extract the data from the SSD. In 2018, the company has removed that port.

The issue only affects the 2018 MacBook Pro with Touch Bar models, but it seems like a significant problem — at first glance. If a MacBook Pro’s motherboard fails entirely, users will have no way to recover lost data.

However, most MacBook Pro failure scenarios should be completely recoverable.

While we haven’t received a 2018 MacBook Pro with the failure scenario described above, we’re preparing for that eventuality. From in-lab tests, we believe that it’ll be significantly easier to fix MacBook motherboards than traditional SSDs, depending on the exact nature of the failure. We don’t see the soldered-on SSDs as a major impediment to data recovery.

Also, there’s another key factor to keep in mind: Hardware encryption. The MacBook Pro uses FileVault hardware encryption to ensure hard drive safety, so without a working T2 chip (the component responsible for the encryption), data lost on a badly damaged MacBook Pro would be unrecoverable regardless of whether or not the SSD has an access port.

To put that another way: A trained data recovery engineer working with adequate equipment should be able to recover lost files from a damaged MacBook Pro, regardless of whether the computer has a proprietary SSD access port.

A Genius Bar employee or computer repair professional, on the other hand, probably can’t access the files — and that’s really by design, since Apple wants the hardware encryption to be a useful security feature. We can see how that could annoy some Apple users, but it makes sense from Apple’s perspective; they don’t want to get into the business of data recovery.

If you have a 2018 MacBook Pro, back up important files regularly. Use an offsite backup, if possible, and make sure to set up automatic backups using a program like Time Machine. Most importantly, check your backups regularly; don’t assume that your computer is taking care of backups on its own.

With that said, if you don’t back up your MacBook Pro and your solid-state drive fails or your computer stops functioning, don’t panic. Contact a professional data recovery provider and explain the scenario (our number, by the way, is 1-800-237-4200). The MacBook’s “data recovery problem” isn’t an actual problem for engineers — even if it is a serious inconvenience for consumers.