How Long Do Analog Film Reels Last Before Degrading in Quality?

You’ve got a big box of VHS tapes, Super 8 reels, or other analog video films sitting in your attic. Are they still playable? How long can you store them safely? And if they’re showing clear signs of damage, what are your options?

We’ll start with the good news: Many types of analog film can last for decades without experiencing significant data loss. Of course, the word “significantly” is important — all film formats degrade over time, and environmental conditions can accelerate decay. We recommend converting to digital formats as soon as possible, particularly when videos have sentimental value or if records need to be kept for legal reasons (such as retention orders).

Different tape formats have different life expectancies. In temperature-controlled, low-humidity storage, 8mm analog film reels can last as long as 70 years. However, storage conditions play an important role, as we’ll discuss in a moment. For older film reels with audio, audio may degrade earlier than video.

VHS and Betamax tapes generally last from 10-25 years before losing about 10-20% of their magnetic signal. That doesn’t mean that the tapes become totally unplayable. Audio may lose fidelity and video artifacts may become more prominent and noticeable. In some cases, the user may be unaware that the tape has degraded, but some amount of signal loss is ultimately inevitable. 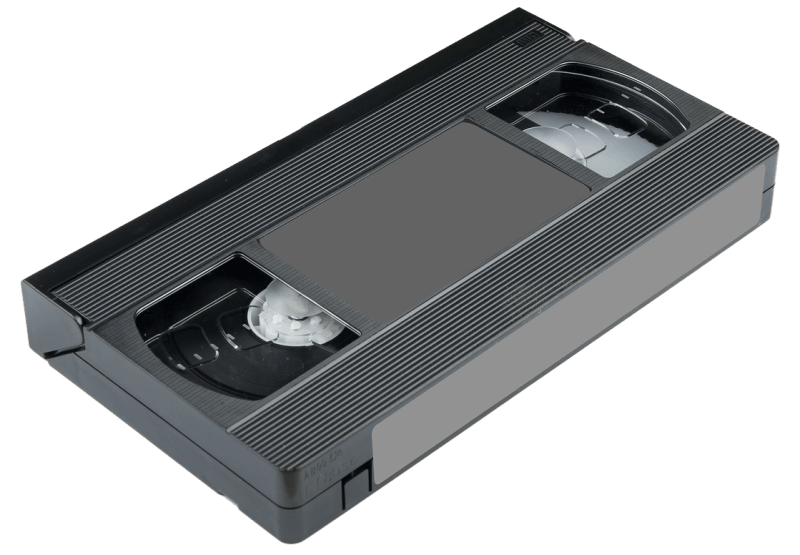 Why does signal loss affect film reels and video tapes?

All types of film decay over time, but for very different reasons. VHS tapes rely on magnetization to function. Magnetized materials don’t stay magnetic forever — in practice, most tapes can retain magnetic charges for decades, but dozens of factors can affect magnetization.

When this occurs, the film may be unrecoverable, but that’s not always true: Film recovery engineers may be able to save a portion of the tape, even if the video is unplayable with legacy hardware.

Humid conditions accelerate plastic deterioration, so if you’re currently storing important tapes in your attic or crawlspace, move them right away. Tapes should be stored in a moderately cool and dry place.

This applies to all tape formats, but film reels are particularly prone to humidity-related decay. Consumers can purchase A-D Strips, which are treated strips of paper that change color to indicate the presence of chemicals related to decay. Of course, A-D strips can’t save your films — they can only indicate the extent of the deterioration.

The best practice is to make copies of all important tapes (including films with sentimental value). Play the copies, not the originals — and if you haven’t played a treasured family film in several years, leave it to the experts. Playing back the film could put stress on degraded components and cause permanent audio or video loss.

Convert analog film to digital formats as soon as possible.

Datarecovery.com offers a full range of analog-to-digital conversion services for all formats. Whether your film is damaged, unplayable due to a lack of hardware, or you’re simply looking for a way to preserve important footage, our team is ready to help.

By utilizing state-of-the-art technologies and an extensive library of legacy equipment, we’re able to optimize the quality of your media. Even when film shows clear signs of degradation, film recovery is usually an option.

To discuss analog-to-digital film conversion, call Datarecovery.com at 1-800-237-4200 or use this form to set up a free quote.