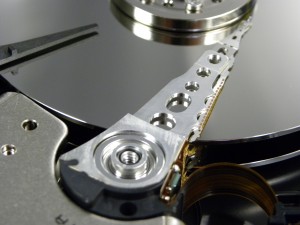 A hard drive’s speed is measured in rotations per minute (RPM), and faster drives can access information more efficiently. The first hard drives spun at speeds as low as 1,200 RPM, but over time, average RPMs have increased significantly. That leads to an interesting question: Are faster drives as reliable as slower drives?

We’ll get this out of the way: We have seen no evidence that high-RPM hard drives are more (or less) likely to fail than slower drives. Put simply, if the drive is designed to operate in a certain way, it’s capable of sustaining that operation.

Of course, if all hard drives were engineered identically, faster drives would fail sooner, since faster operation creates more heat and puts more stress on components. That’s not the case, because faster hard drives are built with different materials designed to handle the thermal load more effectively. That’s also why faster drives tend to be more expensive, but every major hard drive manufacturer offers the same warranty period for its 5400 RPM drives and 7200 RPM drives.

RPMs have gradually increased over time to meet consumer demand, and manufacturers have improved their design techniques to create faster drives without sacrificing reliability. If RPM had a negative effect on hard drive lifespans, we would expect to see higher failure rates for newer drives, which typically operate at 7,200 RPM or above. In fact, newer drives are statistically more durable than older, slower models due to improvements in firmware design and mechanical engineering.

Of course, the primary reason that consumers choose faster drives is performance. The faster a hard drive spins, the more quickly it can read the magnetic material on the data storage platters — and the faster it can relay that information to the computer. The fastest hard drives currently available can achieve speeds of up to 15,000 RPM, but those drives are marketed towards enterprise use; consumer hard drives often max out around 10,000 RPM. The speed of the drive is directly proportional to its maximum read/write speed.

For some quick perspective:

In 2021, most consumer hard drives operate at 7,200 RPM. That’s due to cost — faster hard drives are available, but they’re about as expensive as SSDs and not nearly as fast. However, a 7200 RPM hard drive can store more data at a lower cost than an SSD. For most computer users, that’s a reasonable tradeoff.

We’ll note here that media speed isn’t the only consideration. Your operating system, CPU, random access memory (RAM), and other factors may affect performance. Some computers with SSDs may be much slower than HDD-equipped machines, so if you’re encountering speed issues, analyze every component of your setup before spending money on new storage media.

All Storage Devices Can Fail, Regardless of Engineering

Modern hard drives are quite reliable, especially when compared with older models, but they’re still mechanical devices. Eventually, hard drives fail due to spindle issues, read/write head crashes, printed circuit board issues, or for a variety of other reasons. That’s true regardless of the hard drive’s specifications or the quality of the product design — no mechanical device can operate indefinitely.

And while SSDs offer massive performance improvements over hard drives, they eventually become unreliable. SSDs use electric floating gate transistors to store data, and over successive read/write cycles, these gates wear out. When they cannot hold a charge, the drive fails (taking the user’s data with it). SSDs use wear leveling and other techniques to improve reliability, but they’re still susceptible to failure.

Regardless of how you’re storing data, make sure to keep at least two backups of important files. That’s easier than ever thanks to online backup services and inexpensive external hard drives, but if you don’t have a solid backup strategy, you’ll eventually lose data.

If you’re currently dealing with a hard drive failure or other data loss scenario, we’re here to help. Contact us at 1-800-237-4200 or fill out this form for a free quote.