Tape Data Restoration and Recovery: What to Do if a Tape Backup Fails

When you back up your important information, you do so with the hope that you’ll never have to be in a situation where you’ll need to use them. It’s just an extra precaution on the off-chance that your personal drive or your company’s system happens to lose that important data for some reason or another. (The number one reason for modern tape backup is typically for legal purposes and data retention compliance, but there are countless other reasons and uses for backups.) Of course, there’s always the possibility of a worst-case scenario: The backup itself can fail, too. A tape drive is one such backup device that, despite being trusted by countless professionals in all sorts of different industries, is still capable of failing. 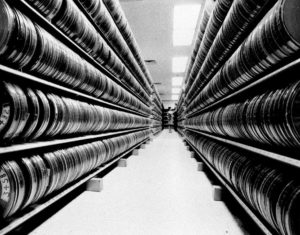 Not all hope is lost, though — Thanks to the way tape backups are made and the proficiency of data recovery experts, it’s possible to recover or restore your most essential data even after the backup has failed.

What Are Tape Drives?

Tape drives consist of a strip of magnetic tape — think a VHS or a cassette tape — with four unique layers: There’s backing, the binder, the actual magnetic material itself, and then a coating.

Believe it or not, tape drives have been trusted to store data since at least the 1950s. To put it frankly, they initially came about because they were cheap, especially in comparison to the cost of those early drives. As time went on, tape continued to be the cheaper alternative to things like floppy discs and hard disk drives. As modern storage methods like flash drives and the digital cloud became more readily (and cheaply) available, tape drives took the backseat. But, that doesn’t mean they became obsolete. As you know, they’re still used today in a variety of capacities.

Tape backups are also a big part of data storage well into the 21st century because of the wide variety of options to choose from. Here are just a few examples of the most-used varieties:

How Do Tape Backups Fail?

While tape backups are dependable in more ways than one, there’s also more than one way for them to fail. One of the most common and logical tape drive failures occurs when one single tape is used more than it should be. If a person continues to reuse the same tape over and over without switching or alternating the tape drive, then it’s likely going to wear out and eventually fail. The same thing can happen if a tape backup is stored in an environment that isn’t suited for it, like a room that is too humid or a room that is too dry to safely store the drives.

Another possible way for a tape backup to fail occurs when the tape drive is inserted or used incorrectly. Whether the device is unprepared or completely unfamiliar with the tape deck being inserted, this act of improper insertion can result in a tape backup failing.

Then, naturally, there is the possibility that corrupt or improper data can be stored on a tape drive, making it seem like the drive itself has failed when in fact it’s the data itself to blame. Still, this phenomenon gives the impression that the tape backup has failed, and still needs to be resolved promptly in order to recover and restore that data.

Why Use Tape Backups?

While the technology might sound ancient or outdated to the average joe, the truth is that tape drives are still depended on by plenty of people both professionally and personally. Simply put, these drives were built to last when they were first conceived and they’re still the same today. See, unlike a digital drive, these magnetic tapes that make up tape drives are physically storing the data on the tapes themselves. They’re not in the cloud, but actually written onto the magnetic tapes so that they can be stored and archived offline.

Beyond this, tape backups are also favored because of their cost-effectiveness. From Google to NASA, tape backups offer a huge amount of storage for a fraction of the cost of cloud storage or hard drive storage.

How Do I Restore or Recover My Tape Backups?

If you find yourself in a situation where you believe your tape backup has failed, you should contact the experts at DataRecovery.com as soon as possible. Not only do these specialists have the knowledge and the ability to bring back damaged or lost data from any of the tape backups listed above, they are also well-versed in a few different methods listed below.

Data Recovery’s tape restoration quickly and efficiently restores data from the tapes to a hard drive or other storage device capable of reading/writing data.

Data Recovery also offers tape duplication, which involves creating an exact copy of any number of tape drives. This can be on a separate tape drive, or on a completely different storage method entirely.

What Happens if I Need to Recover or Restore My Tape Backup?

If you’re in need of tape backup restoration or recovery, you should contact the experts at Data Recovery as soon as possible. Our professional engineers have the skills and the know-how to handle any kind of restoration or recovery, regardless of if you have one tape backup or hundreds. We pride ourselves on our ability to save your most important files through disaster recovery and our exceptional customer service, regardless of how difficult or complex it might seem to you. No matter if you’re a large company with a wide network, a small business with just a few devices, or simply an individual with a personal computer, you can get in touch today to receive a free quote.