NFTs Explained: What Are They, and How Might They Shape the Future of Cryptocurrency?

While cryptocurrency has been around for over a decade now, the concept of an intangible digital asset with an extremely tangible price tag has really come to the forefront of the general public’s mind with the great Bitcoin boom of 2021. While most of the conversation has revolved around that extremely enticing 50-thousand-dollar Bitcoin price tag, there are some other digital assets making plenty of noise on the sidelines — namely NFTs, many of which are selling for millions of dollars despite the big question mark surrounding them.

What Is an NFT? 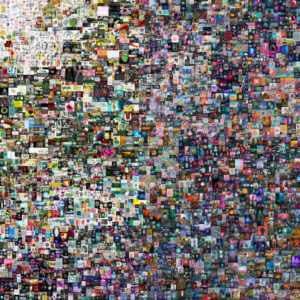 In March of this year, digital artist Mike Winkelmann (more commonly known as Beeple) sold a JPG for 69.3 million dollars. Not only is this one of the highest price tags for a piece of art ever sold, but the enormous 21,069 pixel x 21,069 pixel collage — titled EVERYDAYS: THE FIRST 5000 DAYS — is also the most expensive NFT in the very brief history of the digital asset. But… what exactly is an NFT?

The short answer is that NFT stands for non-fungible token. This doesn’t make it any clearer why someone would pay almost 70 million dollars for what is essentially a digital file when a person could seemingly just save the image to their computer for free, though. You see, the key to understanding NFTs lies in those first two letters: NF. Non-fungible. This means that the token (the T of NFT) cannot be replaced. It’s one of a kind. Compare this to currency in general terms (either dollars or cryptocurrency like Bitcoin). Currency is fungible. There is effectively no difference in regard to value between one dollar and another dollar, or between one Bitcoin and another Bitcoin. They are interchangeable in their use.

This still leaves the question of ownership, though. How can a person truly own an image when anyone could come along and simply save the image to their computer and say they own it? It’s a valid question, and the answer still might not satisfy you: Think of the Mona Lisa. Anyone can print out a picture of Leonardo da Vinci’s most famous work, but it doesn’t change the fact that the one and only original remains on the wall at the Louvre Museum in Paris, France. The same goes for NFTs. Every printed or forged copy of the Mona Lisa will have distinctions in comparison to the original, but an NFT has a digital makeup that identities it as one of a kind. It’s all about trying to bring verifiable ownership to crypto, in other words — but it’s more akin to a Certificate of Authenticity, really.

Why Are NFTs So Popular?

While NFTs have had the most success in the art world, they can really be any digital thing, from social media posts to albums to sketches to documents and anything in between. For this reason, notable figures from all corners of the pop culture pantheon have come out of the woodworks to dip their toes in NFTs. Actors like William Shatner, musicians like Weezer, plenty of social media influencers, and countless others — like the creator of ancient internet meme Nyan Cat — have done their part to wheel and deal NFTs. All of these big names have essentially worked in tandem with one another to make this novel crypto asset blow up.

Not to mention, NFTs have been making millions in the past month or so — and not just Beeple’s EVERYDAYS: THE FIRST 5000 DAYS. All sorts of other artists have made anywhere from one to ten million dollars on their own respective NFTs. Their success with NFTs combined with the almost meme-ification of the crypto asset by verified celebrities and other social media users has created an unprecedented amount of buzz.

Are NFTs Worth It? 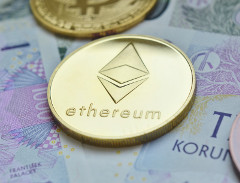 To answer the question of whether or not NFTs are worth it, let’s get into how they actually work on a technical level. See, the majority of NFTs are a part of the Ethereum blockchain. While Ethereum itself is a cryptocurrency, it’s the cryptocurrency’s blockchain that holds the large chunk of the world’s NFTs. For this reason, other blockchains are free to implement their own version of NFTs if they pleased — Which potentially raises a red flag for the future of NFTs themselves, should another blockchain choose to do their own take on them.

Beyond this, while NFTs promote ownership, the artist often still retains the copyright and reproduction rights — meaning that your one-of-a-kind non-fungible token might not be so non-fungible as you initially thought it was. If an artist’s NFT doesn’t sell for the high price they expected it to sell for, then there’s nothing stopping them from taking another crack at it and creating another token. For this reason, NFTs are less like proof of ownership and more like proof of commemoration.

While these two factors definitely make NFTs sound riskier for buyers, they’re big positives for sellers. Not only do they give artists the opportunity to sell their work for much more than they ever would have had the chance to otherwise, NFTs optionally come equipped with a feature that pays the artist a percentage every time the token is sold or traded.

The Future of NFTs

Wherever you fall in the great NFT debate, the future of NFTs remains pretty murky. Five, ten, 100 years from now, who’s to say how much these non-fungible tokens will be worth? Not to mention, there’s always the possibility that the NFT owner’s crypto wallet could be lost or stolen, that the image quality could decline, that the artist could create ten more copies that devalue your token, and countless other risks that make these crypto assets far more risky than, say, Bitcoin.

If anything, the popularity of NFTs doesn’t suggest that they will become the future of cryptocurrency, but that many other kinds of crypto assets are sure to emerge in the coming years to compete with their success. Given Bitcoin’s immense and ever-increasing price tag, it’s clear that cryptocurrency isn’t going anywhere. Whether or not NFTs will blow up in a good way or in a bad way remains to be seen, but this much is clear: they surely won’t be the last of their kind.