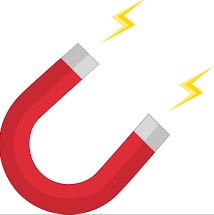 While computer technology continues to develop at a blistering pace, magnetic hard disk drives (HDDs) remain the primary technology for storing data in both computers and servers. In recent years, though, SSD storage has become cheaper and more widespread, prompting speculation that the end of the magnetic storage era could soon be upon us. Here’s what you need to know about the role of magnetic devices in the modern data storage landscape and whether or not they will eventually become completely obsolete.

Interestingly, the concept of storing data in a magnetic format predates the rise of digital computing by several decades. The first magnetic data storage device, the magnetic wire recorder, was invented in 1898 and was used as an audio storage medium until the 1970s. Magnetic tape similar to the kind that would be used in early computer tape memory drives was invented in 1928, and the magnetic disk hard drive we know today was invented by IBM in 1956.

As the age of widespread computer use began, magnetic storage was the only viable storage medium available. During the 1970s and 80s, solid-state drive (SSD) storage was being developed, but its costs were far too high for everyday use. In 1991, an SSD capable of storing just 20 megabytes of data cost $1,000. As a result, magnetic hard drives continued to enjoy a near monopoly in the data storage world throughout the 1990s and 2000s.

The Rise of SSD Storage

Over the last several years, solid-state drive storage technology has gradually begun replacing magnetic storage devices in a range of applications as the prices of SSDs have dropped dramatically. The main advantage of SSD over HDD storage lies in the faster access times that solid-state devices can achieve. While the typical magnetic drive takes 5,000-10,000 microseconds to access stored data, an SSD can access data in 100 microseconds or less. As a result, devices that utilize SSD storage are better equipped to handle complex programs and large datasets.

In addition to its faster access speed, SSD storage also uses less power while generating less heat than magnetic drives. Unlike magnetic storage, solid-state drives cannot have their data erased when exposed to a strong magnetic field. Because they do not rely on moving parts to spin a magnetic disc, SSDs are typically less likely to fail than HDDs, preventing users from having to replace drives or devices as frequently.

Although SSDs certainly have their advantages, the move to replace magnetic storage with solid-state storage has been quite slow. The primary reasons for this is the fact that magnetic storage offers higher capacities at an affordable price. SSD storage costs approximately 3-5 times more per gigabyte than HDD, making magnetic storage a much more cost-effective solution for storing large amounts of data on a computer or server.

The Role of Magnetic Storage in Archiving

In addition to HDDs, another form of magnetic storage is still widely used in the tech industry. Magnetic tape, a storage technology that has remained largely unchanged since the 1980s, is still the preferred medium for archiving large amounts of data. While HDDs outperform SSD storage in price, magnetic tape is cheaper still. In some cases, the cost per terabyte of magnetic tape storage can be under $7, while transfer speeds from this medium can be as high as 300MB per second.

Far from being a dying technology, magnetic tape storage is increasingly being used by large tech companies to solve the fundamental problem of storing enormous amounts of data in a cost-effective manner. Google and Amazon, among many other leading tech companies, use magnetic tape to archive data that would be too expensive to store on hard drives or SSD drives. Because magnetic tape can store data offline and has a shelf life of about 30 years, it is still the most stable and secure data storage technology for long-term archiving.

While magnetic storage is still dominant for storing large amounts of data, there are emerging technologies that could one day unseat it. The most prominent of these technologies is DNA storage, which uses the density of DNA to store vast amounts of data in incredibly tiny formats. One gram of DNA is capable of storing 215 petabytes of data, a density that far exceeds any other storage technology. This technology is still far away from being viable, though, as writing speeds for DNA top out at just 400 bytes per second and the cost ranges into the thousands of dollars per megabyte.

Another emerging data storage technology is crystal etching, which may one day challenge magnetic tape in long-term archiving. This technology uses precise laser pulses to write data in the form of nano-scale dots onto the 3-dimensional structure of a quartz disc that can store up to 360 terabytes of data. In this format, data would hypothetically be stable for billions of years. Although promising, this technology is still in its infancy and may remain too costly for day-to-day data storage applications.

It’s also interesting to note that the same technological development powering the rise of completely new technologies could also significantly upgrade magnetic storage. Researchers have recently developed tiny magnetic molecules that could one day be used to store magnetically written data at densities of up to 100 times those of current HDDs. Developments like this one strongly suggest that there is still plenty of room for magnetic data storage technology to improve as time goes on.

The Bottom Line: Is Magnetic Storage Going Away?

While SSD storage is beginning to catch up to hard disk drives, magnetic data storage is still a long way from being obsolete. For computers and servers, magnetic hard drives remain more cost effective storage media, and magnetic tape appears set to remain the main archiving medium for the foreseeable future. While emerging technologies could one day for surpass magnetic storage in terms of both capacity and longevity, they are still years or decades away from commercial viability.

Given these facts, it is fair to assume that magnetic data storage is here to stay. Although SSD drives will continue to see more widespread use in laptops and desktops as the cost drops over time, magnetic storage still has the advantage when large datasets needs to be stored at an affordable price. Thanks to the enormous amounts of data now being created each and every day, though, there is ample market space for magnetic storage, SSDs and novel storage technologies to grow and thrive together.