So What Is SOAP Security?

SOAP APIs make up about 15 percent of all API protocols (2), so understanding SOAP security is a crucial aspect of computer security in this age of the Internet of Things. There are unique security concerns with SOAP APIs. Learn what security concerns these are, and how businesses are closing the gaps to secure APIs against cyber threats.

SOAP is an abbreviation that stands for Simple Object Access Protocol. During the implementation of web services in computer networking, structured information is exchanged in various ways. SOAP is one such messaging protocol, and it is used because it offers neutrality, independence, extensibility, and verbosity. The message format is in XML (eXtensible Markup Language), and it uses application layer protocols for negotiation and transmission, primarily HTTP, with some legacy systems using SMTP. 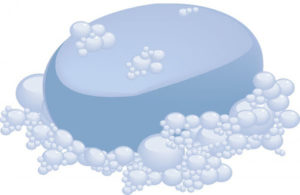 What Is SOAP Security?

SOAP is an API messaging protocol, and SOAP security is the strategy that prevents unauthorized access to SOAP messages and user information. Web Standards Security (WS Security) is the main aspect of ensuring SOAP security.

On average, businesses lose $3.9 million in malware and ransomware attacks (3). SOAP Security protects the sensitive data in companies’ charge from access by the wrong hands. Basically, you integrate security into your API infrastructure to protect the interests of your customers or clients.

SOAP messaging is a stateless protocol, but a developer can build session control mechanisms into the header to build a state into the transaction. This SOAP specification allows asynchronous communication, which is artificially stateful, and it is thus error-prone and can create vulnerabilities in the session-key management.

Web developers that know how to program in stateless environments can also build SOAP states using more traditional methods. For example, you can set the session attribute in the SOAP envelope header tag to mimic HTTP session cookies. You can also explicitly use cookies if using HTTP on the Transport Layer.

SOAP messages are transmitted across multiple SOAP nodes – the SOAP sender, SOAP receiver, and SOAP intermediaries who act as both senders and receivers. With this model, dynamic routing across diverse transport layer protocols is possible.

Today, HTTP is the primary transport layer in use. The distributed transaction model reduces the functionality of transport layer security and increases the possibility of attacks in the middle. HTTP is stateless and has some security vulnerabilities, requiring that both client and server be online for communication to happen.

You can use other protocols to transport SOAP messages if you have different service level objectives that need to be accommodated. For example, if asynchronous transport mechanisms are required.

There are several kinds of cyber-attacks and vulnerabilities, and those uniquely targeting APIs make the bulk of SOAP security risks. Some of them include:

How to Build Secure Web Services

The above is the most basic security measure, but there are best practices to ensure that your API is secured. These include:

In this IoT era, few people perform regular testing on all devices connected to their server networks. You must implement testing procedures to ensure your SOAP API stands up to common threats and highlight vulnerabilities that hackers may exploit. Some types of tests include injection testing and fuzz testing. The former determines how your API reacts to unexpected input, while the latter detects vulnerable points where ransomware or malicious code can be introduced.

This is the basic layer of any cybersecurity protocol. It includes everything from usernames and passwords to advanced authentication techniques like two-step verification. IAM should prevent external users from accessing the application outside hours or stealing session tokens and gaining entry into the sessions.

Involves monitoring SOAP messaging and requests for abnormalities. You should, therefore, quickly identify and resolve any data leaks or vulnerabilities. This uses logging systems, which you can regularly check for any irregularities.

There are many places of overlap in SOAP, XML, and WSDL standards. The purpose of redundant security standards is to provide insurance in these areas of overlap. With them in place, you have less chance of exposing sensitive data and a better chance of identifying vulnerabilities before hackers exploit them.

Do You Need SOAP Security?

If you have implemented SOAP in your company, you need professional assistance setting up your SOAP security to eliminate all vulnerabilities. In this era of the Internet of Things, it isn’t easy to secure and consistently monitor your servers. Contact us if you need SOAP services, including API management and SOAP messaging.